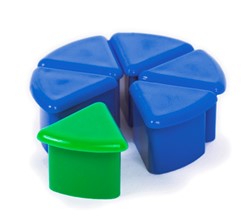 Efforts to establish the Banking Union took an important step forward yesterday with provisional agreement reached between the European Parliament and Member States on the Single Resolution Mechanism (SRM), after months of difficult negotiations.

For banks in countries participating in the Single Supervisory Mechanism (SSM) – currently limited to the Eurozone – the SRM sets-out the governance and decision-making process for bank resolution, and establishes a resolution fund.  The approach will be harmonised across the SSM, with decision-making centralised around a Single Resolution Board.

An immediate effect of the agreement is to provide a boost to the Banking Union initiative.  It also clears the legislative path for the bank Recovery and Resolution Directive (RRD), which had been held back so that it could be considered by legislators alongside the SRM.  Both the RRD and SRM should now be approved before the European Parliament elections in May.  Together, they will re-cast the resolution landscape in the Eurozone.

For more information on the Banking Union visit www.Deloitte.co.uk/BankingUnion.

What are the implications for banks?

One of the ambitions of the SRM is to make resolution a reality for banks that were previously deemed too-big-to-fail.  By centralising decision-making and information exchange across a large bank’s Eurozone operations the SRM will in principle be able to more easily plan and execute a resolution, certainly across the operations located within the Eurozone.  Moreover, involving more decision-makers directly in the resolution process should increase the likelihood of being able to agree a coordinated strategy across Eurozone countries.  At the same time, the governance and decision-making processes are ambitious, and inevitably complex.  More decision-makers could mean less decisiveness, or the need for greater compromise.

For all banks, by harmonising rules and requirements, the changes will level the playing field across the Eurozone.  Since there is only one process, it will be easier to build the understanding of resolution among customers, investors and regulators.  By reducing these barriers, resolution is likely to become easier to apply.  And if resolution becomes a common feature of (distressed) banking – as indeed regulators intend – there may be implications for banks’ credit ratings and cost of funding.  Banks should also review their assumptions about contingency planning.  Careful assessment of the risks is now required.

Inevitably, this new body will create new requirements for banks to share information, with supervisors and the Single Resolution Board.  Over time, it may also add to the impetus for resolution planning and change expectations about how what actions banks should take to prepare for resolution.

What has been agreed?

The SRM Regulation will be voted on by the European Parliament in plenary session in April.  Once it is approved, the EBA and the European Commission will be responsible for developing the detailed required, such as the level of contribution to the fund required by banks.  The SRM implementing measures are likely to be considered in a package along with the implementing measures for the RRD.

Simon Brennan – Deloitte, EMEA Centre for Regulatory Strategy
Simon is a Senior Manager in the EMEA Centre for Regulatory Strategy, specialising in prudential regulation for banks. Simon joined Deloitte after 11 years at the Bank of England, where he worked in a number of areas covering macro and micro prudential policy, and financial institution risk assessment. LinkedIn.

Dea Markova - Deloitte, EMEA Centre for Regulatory Strategy
Dea is an Assistant Manager in the EMEA Centre for Regulatory Strategy. Her primary areas of focus are the Single Supervisory Mechanism and international, EU and UK insurance regulatory initiatives. She joined Deloitte in 2012. She has past experience in financial journalism and an academic background in financial regulation. LinkedIn

For more from the EMEA Centre for Regulatory Strategy, please visit: www.Deloitte.co.uk/Centre.