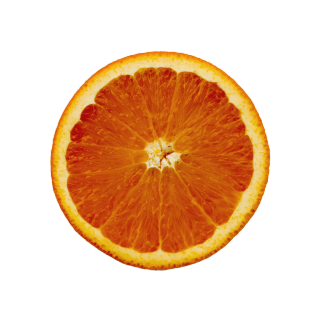 Over recent years, the range of subject matters that companies report on under the banner of ‘non-financial reporting’ has proliferated. No longer is non-financial information limited to select few environmental or social KPIs, such as carbon, energy, water, waste, and community investment. Companies are now reporting – both voluntarily and in line with increasing reporting requirements – a more holistic and diverse set of indicators, with subject matters including gender pay, occupational health, culture and corporate behaviours, board composition, and workforce diversity.

This diversity ultimately reflects the growing interest in, and importance of, non–financial information and the growing recognition that long term financial success is closely tied to non-financial performance. Each of the various subject matters will have their own evolution and back story on how they came to be reported on, when and why, but there is a common theme – they are issues that people have come to care about for one reason or another and they feel strongly enough that they want greater transparency on. Helping to drive the increased diversity of reporting there is:

The journey towards voluntary disclosure

For an issue to be reported externally by an organisation, there will generally be a level of awareness and maturity within the organisation around the issue, which is in turn normally driven by customer, employee or wider societal focus on, and interest in, the issue.  It also needs to be “material”.  Companies are encouraged to perform materiality assessments every couple of years to ensure they are reporting appropriately on the most relevant issues to them and their stakeholders.

Materiality has been a central component of the widely used GRI G4 Framework, and is a core part of the recently enacted EUNFRD and the FRC’s recent guidance on strategic reporting. Ultimately, what is being reported now needs to reflect the most up to date issues for the company and those that are going to directly influence its long term business success.

The new focus areas of reporting, exemplified by the frameworks, standards and reviews mentioned above, illustrate the journey which an issue takes from being something which isn’t reported on, to ultimately something that becomes a regulatory reporting requirement.  Although each issue has its own context, the central aspect is that over time people have come to care about it and it has become part of the wider debate.

Whilst health and wellbeing hasn’t been spoken about regularly in the past, it is something that is increasingly relevant for society. People feel more comfortable to talk about the subject, greater funding and research is going into it, the media is taking a greater interest, people are beginning to recognise the costs poor health, including mental health poses on business and society[1], and there is a better understanding of how to link cause and effect. One example of this is the WELL Standard – launched in 2014 – which focuses on how design, operations and behaviours within the places where we live, work, learn and play can be optimised to advance human health and wellbeing.

The future for health and wellbeing

So where does health and wellbeing stand? You only get to a point when reporting is relevant and feasible when people are interested in the issue and are actively talking about it. It is clear we have got to that point now with health and wellbeing. However, this isn’t something that as yet we are seeing hit Audit Committees; the level at which an issue really begins to get real notice across an organisation. But does health and wellbeing have the ability to be the next ‘gender pay gap?’ In all likelihood, yes. However, the trajectory and journey may be different. Although mental health and wellbeing are increasingly in the spotlight, there is not currently a public or private sector drive for mandatory reporting.  Some might say that if it were to become a mandatory reporting requirement, it would shine a light on how much (or just how little) is being spent centrally by government as well as by big business on the issue[2].

Although it may not be imminent, with growing awareness of mental health and wellbeing, even down to what is being taught in schools and universities, the attitudes around the issue are only going to improve and these set the direction of travel and show that at some point, mental health reporting will become part of the main non-financial reporting requirements. Although it is difficult to say when that will be, in order to stay ahead of the curve, now is the time for companies (and clients) to start thinking about what viable and valuable metrics look like, how information can be collected and reported, and how this can be used to demonstrate an awareness and active management of health and wellbeing in the workplace.

[1] The Health and Safety Executive estimated the annual cost of workplace injury and illness in 2015/16 to be £14.9bn - http://www.hse.gov.uk/statistics/cost.htm

[2] Interestingly, although there has been a general decline in the number of days lost to sickness absence in 2003, an estimated 137.3 million working days were lost due to sickness or injury in the UK in 2016. Furthermore, public sector workers show significantly higher absence rates than private sector workers: public sector workers (2.9% versus 1.7% for private sector) -  https://www.ons.gov.uk/employmentandlabourmarket/peopleinwork/labourproductivity/articles/sicknessabsenceinthelabourmarket/2016