From sharing knowledge to developing business proposals, working with the British Olympic Association was all about teamwork for Lucy. 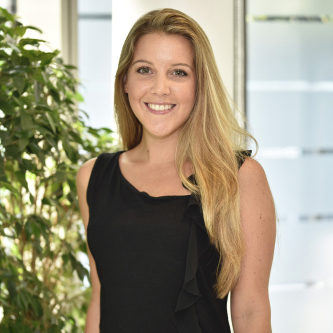 Tell us a bit about your secondment with the British Olympic Association (BOA).

My secondment was for six months. It was a once-in-a-lifetime opportunity, and one I grabbed with both hands. Being part of a team that developed something that benefits people’s lives for the better was incredibly rewarding. It’s a career highlight I will never forget, and an opportunity I am not sure I would have had if it wasn’t for Deloitte.

What did your team develop?

The sponsorship model across all industries is becoming increasingly challenging as sponsors continue to push for greater and more measurable return on investment.

Working with colleagues from Deloitte, the BOA had already identified an opportunity to develop an Employee Engagement proposition that would add value for its sponsors whilst also providing revenue for the BOA. My role was to help the BOA design and develop this and it was amazing to work with the UK’s second most loved brand. I loved being involved with creating something that ultimately funds athletes to compete at the Tokyo 2020 Olympic Games.

That sounds like it must have been a busy six months. How was it?

It was busy but I enjoyed every minute. I worked extremely closely with a Danish company who had developed a similar proposition for the Danish Olympic Committee. In just three months, we were able to build an app and campaign that was ready to pilot within the BOA and Deloitte. We recruited a selection of Team GB athletes and experts to contribute to the campaign, which involved a lot of stakeholder management and gave me a good excuse to meet some famous Olympic medalists!

I am really proud to say that before the end of my secondment, the BOA signed off the business case I developed to launch the app, and the proposition was officially announced to all BOA partners.

What skill do you think you used the most?

Teamwork. Most definitely. We had a huge number of people working together, from within the BOA and across third parties, to achieve one goal. We supported one another, relied on each other’s individual experiences and expertise, and made sure we celebrated our successes. So, although I hadn’t worked on anything like this before, it didn’t matter as it was the core skills I’ve developed throughout my career that I relied on most. And the learnings I have taken from this experience will stay with me for a lifetime. It’s been invaluable in so many incredible ways.

Interested in where a career at Deloitte could take you? Explore your opportunities here.