We've reached out to number of members from the Deloitte Globe Network to find about their plans for Pride in London 2017, and to find out more about their individual stories and any tips they can share for the parade! 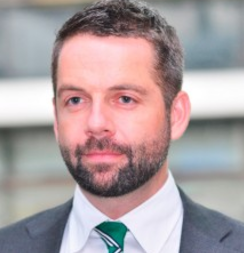 Batham, Partner, Tax Consulting: The GLOBE network is important to make ourselves visible

I joined Deloitte as a graduate in 1995 and I’m now a Partner in the Business Tax practice. I chose Deloitte because I wanted to be in professional services  and quite liked the idea of tax. I also wanted to live in London after attending University in Bath, having grown up in the Midlands , so it seemed like an obvious career choice to get some qualifications and develop professionally.

I’ve been fortunate enough to work on many exciting projects during my time here, and have been seconded to live overseas in the US twice. The first time was early in my career back in 1999 when I worked in the International Tax practice in Deloitte’s Chicago office. Then more recently in 2009, my family and I moved to New York for a couple of years.   I loved living and working in both places, but think Chicago is such a great city that I would love to return their to love some time.

I was asked to join the GLOBE network when it was established in 2007. It’s quite interesting because at the time it didn’t feel that important to me. Personally I didn’t think we needed the network, but I was convinced by one of the founders,  that it was essential to have a network that brought together LGBT colleagues and allies. GLOBE plays a key role in creating an inclusive environment where people can be themselves at work.

Pride shows how far our society has come in terms of the acceptance of LGBT people, but it’s also a good time to reflect on how far there is to go. Not only in London, but more critically, in other parts of the world. We can take a lot of what we have for granted

Margaret Scott, Director, Risk Advisory: We’ve really got to get the whole firm thinking that this is everyone’s concern.

The GLOBE network is a really good way of doing two things. It supports people in the firm who don’t feel comfortable coming out at work, particularly if they have concerns about what it could mean for them – it gives them a way to hear about others’ experiences and how they have gone about it.

Secondly, I’m really excited by the Allies Programme. People that aren’t LGBT can be visible allies: they can show their support in an easy way – by coming to GLOBE events, or by using a GLOBE mug or notebook. It means that our LGBT colleagues feel supported without having to ask – which is so important.  We’ve really got to get the whole firm thinking that this is everyone’s concern and the allies programme is a first step in achieving that.

I have been at Deloitte for 17 years, joining as a graduate. I chose this firm because I knew it was a way of getting a good qualification in finance – but also because I loved the people I met during the recruitment process. In all that time, the project I’ve enjoyed the most, and found the most challenging and exciting, was our work with one of the large national public health bodies. I was seconded to Leeds for a year and a half to help set up the organisation, recruit the finance team and figure out what it was they were going to do. That was a really good experience.

Pride is a philosophy I’m quite close to. It’s really good fun; such a fantastic day. People bring their kids along and it’s just brilliant – but still has an important message today in these uncertain political times.

Will Black, Manager, Clients & Market: Honest from day one

I’d been in public relations for a while, previously working for charities and trade bodies. Four years ago, I felt the time was right to broaden my experience with a move into the corporate world, so I applied for a position in the Press Office at Deloitte. It’s been quite refreshing to come into this arena in my mid-30s. The expectations at Deloitte are high, but it’s a very nice and supportive work environment.

It was really important to me to join the GLOBE network; so I joined as soon as I started at Deloitte. In every working environment I’d been in previously, I’d held back my sexuality. If asked what I did at the weekend, I would fudge it to make it unspecific to having a male partner. But I was tired of that. By joining Deloitte, I felt this was the time and place to be honest from day one.

Attending Pride is also vital. Everyone should be reminded of the history, and how important it is to be able to march on one day and think about our rights. So many people before us led very unhappy and closeted lives, where they couldn’t be themselves. The thing I find most moving about the march is all the support from the spectators.

Deloitte’s GLOBE network is a strong community that sends the message: I can be who I want to be at work; it makes me feel I can be out and proud here. 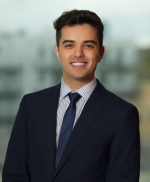 I first came into contact with GLOBE at an LGBT recruitment fair I ran at my university, UCL, where I met GLOBE co-chairs Emily Sendall and Tom Kohler. After that, I experienced what it’s like to be LGBT in the workplace at Deloitte’s LGBT Insight Day for students. When I joined, I pretty much signed up to GLOBE on my first day.

I started on the Graduate Programme in September 2016. But my experience of working at Deloitte began three years ago, with a summer job. Everyone treated me really well and it was a great environment. Plus consulting really appealed to me for the type of work I could do and the opportunities it offered. Deloitte felt like a good fit.

Since then, the most exciting project I’ve worked on has been our global CIO programme. I got to work with our global technology leader and help define and develop how we communicate Deloitte technology to senior executives at some of the world’s largest organisations. What it is, how it fits in the market, where it invests, and where it’s going in the future. It was incredible exposure to the most senior people in the business.

London Pride is one of my favourite days of the year. It’s really important as a celebration of who we are, but it’s also one of the only times our community comes together. If you’re going to Pride for the first time: enjoy yourself, appreciate every aspect of the community and eat and drink to your heart’s content!

Deloitte has an inclusive culture; it’s open to women and people from different backgrounds in terms of education, race and sexuality. I’d heard lots of great things about the firm, from people at my university, King’s College London, and outside. Deloitte’s inclusivity was a differentiating factor for me.

I joined the Graduate Programme in September 2016, as a Consultant in the Cyber department within Risk Advisory. Cyber involves many different things and is often in the news. I can debunk the myth that you need very technical skills to work here; you don’t. It’s been a wonderful journey and I’m so happy I decided to work here.

I joined the GLOBE network quite recently, as I want to attend Pride this year. It will be my first time, despite living in London for almost 4 years. I also want to get to know more people from outside my department; to find likeminded people across the firm. GLOBE matters to me. I’m from Moldova, where views about Pride are different. Being who you are, having acceptance and support, and not being afraid of repercussions is important. Being able to express yourself is often overlooked, but it’s such an important thing. GLOBE is a great avenue for that.

Of course, London is one of the best places in the world to express yourself. I’ve heard amazing things about Pride. For me, it’s the next step in standing up for who I am, by joining other people in a celebration of love and happiness.

Laurie Rutter, Analyst, Consulting: Deloitte has provided an opportunity for me to actually get involved

A couple of years ago, I stood at the side of Regents Street watching people walk past but I’m ashamed to admit I’ve never properly been involved in Pride before. Being at Deloitte has provided an opportunity for me to get more involved this year and I can’t wait – it’s going to be fun!

I joined Deloitte as a graduate in September 2016. Before then, I spent two years working at a start-up. It was a fantastic opportunity and a difficult decision to leave, but I decided to join Deloitte to get more formal training, to meet more people and work on a variety of projects.

I signed up to GLOBE as soon as I joined the firm. I’d previously attended a GLOBE Insight Day and I guess it was one of the reasons I was keen to join Deloitte. Since then, I’ve been involved in our buddy scheme - anyone who joins GLOBE can request a buddy and I pair them up with an existing GLOBE member.

But the main thing I’ve been doing with GLOBE is helping to improve trans inclusion at the firm. Deloitte recently launched a gender expression and transition policy to support employees who identify as anything other than cisgender, which basically means born female and identify as female, or vice versa.

I was involved in launching the policy in March this year. Since then, we’ve run two trans awareness training sessions with R&I advisors, HR, legal and some volunteers from the GLOBE steering committee. They have become our trans champions. The next step is to spread awareness and encourage inclusion at the firm more widely.